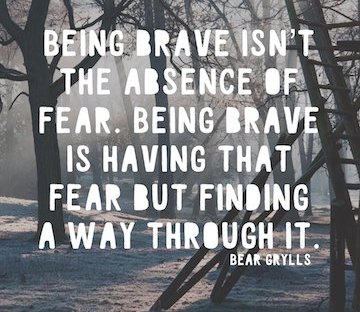 This morning I was on the way to the dentist when I had to merge onto the interstate. In order to get to the on ramp though, I had to cross three lanes of traffic and then merge onto the interstate. As I was driving, it’s like I was watching all of this happen from outside myself. I was fully present in the maneuvering of my car, but I was also fully aware of everything going on around me — I was in my body and outside of it all at the same time. And, it freaked me out. All of the sudden I realized how dangerous driving is. I saw all of these cars speeding down the road somehow not crashing into each other. There was a truck that was creeping over the line into my lane. I had to switch lanes for my exit which meant looking in the side mirror while also paying attention to what was in front of me. When I really think about it driving is terrifying.

The other night on the way home we were in the far left lane of the interstate and car in front of us wouldn’t get over. The car swerved a little and then almost ran straight into the wall. If Brad hadn’t flashed his lights at the driver, I’m not sure what would have happened next. I think this was a texting-while-driving moment. It’s not just texting though. It’s changing the radio or taking a drink or sneezing or handing something to a child or pushing the dog back… When I really think about it, it’s amazing all of the things we’re able to manage while driving a car. It kind of make me wonder how we’re all still alive.

Several years ago on a mission trip, just the second day in, our van was hit. Our driver pulled to the opposite side of the road to avoid the car swerving down the highway, but he still hit us — on the front passenger side, right where I was sitting. None of the youth were hurt — that was my first concern. Once I was out of the car and moving around, I realized I was hurt. My leg was throbbing. My arm was starting to bruise. I needed to go to the hospital. It turns out nothing was broken, but I had to go home because I was in a lot of pain.

A few weeks after that accident, I dropped Brad off and when he shut the door I almost screamed. The sound of the door slamming shut took me right back to the car slamming into the van. That made sense though — it had only been a few weeks and I was still sensitive to the sound. It’s been four years since that accident and I still cringe when I’m inside a car and a door is slammed shut. I try to keep it to myself — I should be over this by now. But I’m not.

I suspect our brains have to automate things for us otherwise we’d be overloaded with decisions all the time. Driving is one of those things that becomes automated. We just do it. I think it’s become too automated. I think we’re overly accustomed to driving and we take it for granted.

Brad drives a lot for his job. He knows what he’s doing. He’s a safe driver. And yet, I can’t tell you how many times I suck in my breath or grab onto the door or clench my fists or “slam on the brake” when he’s driving. Most of the time it’s not because of his driving, but because I’m afraid of the other drivers. I’m afraid of not being seen and then being hit. When I’m driving I have a hard time changing lanes because I’m afraid another car will move over at the exact same time. Today I had to merge onto the interstate (at a different time) right next to a semi truck and I cringed the whole time. 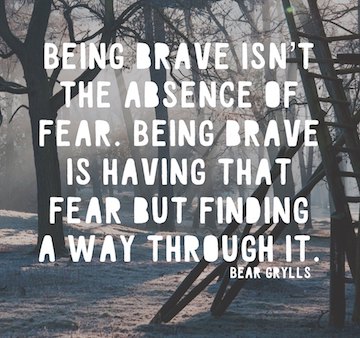 4 thoughts on “When I Really Think About It…”