I met him when he was in elementary school. His parents were very excited about the youth program I was leading and couldn’t wait for him to join in on all the fun. The summer before he started sixth grade, I went to his house to learn more about him – what he enjoys, what bothers him. Now that I think about it, this would have been a good practice to do for all the incoming sixth graders. I wish I had thought of that before now.

I got to see his house and meet his dog. I got to see where he eats and where he sits on the couch. I sat on the back porch and talked with his parents. We wanted his transition into youth ministry to be smooth and so we did everything we could think of to make that happen.

You see, T doesn’t communicate the same way I do. He has a different way of relating to the world. He hears and sees and takes it all it, but the way he shares back isn’t always in a form many of us can understand. So, I was trying to learn as much as I could about him in order to create a safe, welcoming environment in the youth group.

It wasn’t always perfect. We had some challenging moments, but what I love about T’s parents is that their hearts and minds and souls are full of grace. They realize they’ve had years to learn about T’s way of relating to the world – they realize the rest of us might not pick up on it overnight. So, they were calm and understanding when things didn’t always go smoothly.

A few months ago T’s mom came to me about creating a t-shirt quilt for his 17th birthday (17!!). His family moved away not long after he started coming to youth group, so I haven’t seen him in several years. First of all I was shocked that he’s already 17 – this is just part of being a youth minister J Second, of course I said yes! I was honored that she thought of me to create this special quilt for him.

When they gave T his birthday present, his mom sat with him and told him about each shirt. And, he sat there and listened carefully to her stories, his stories, their stories. 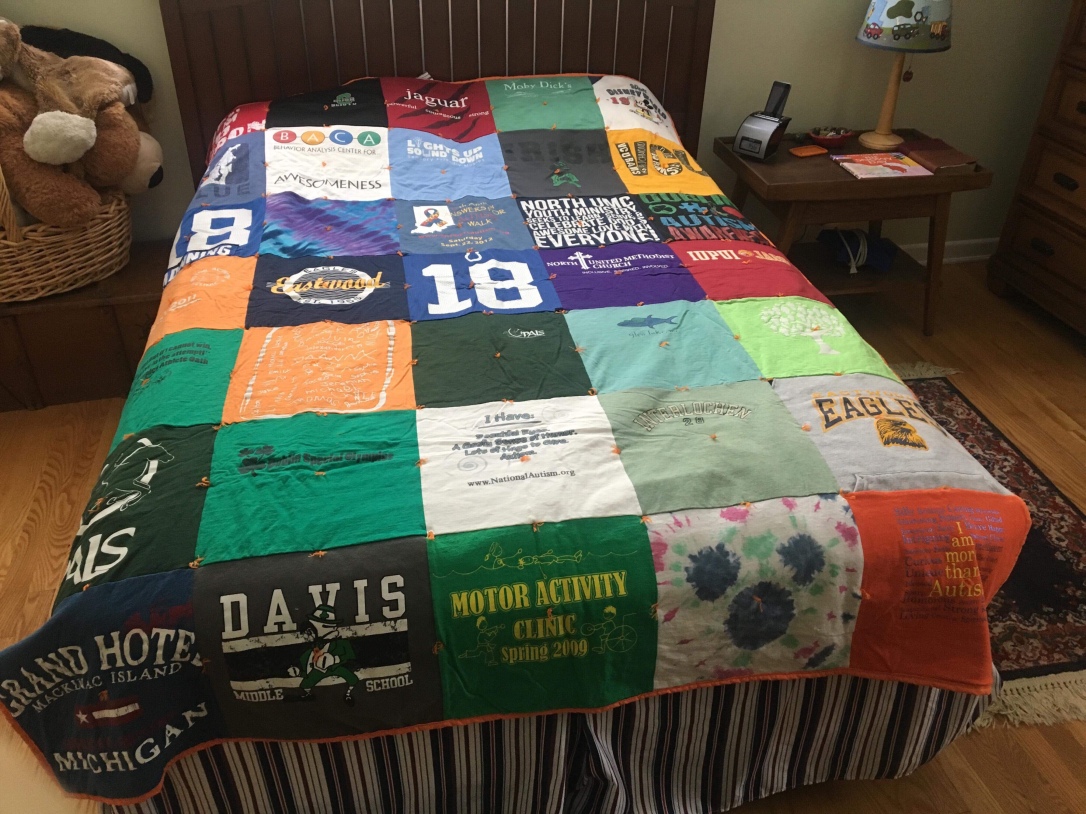